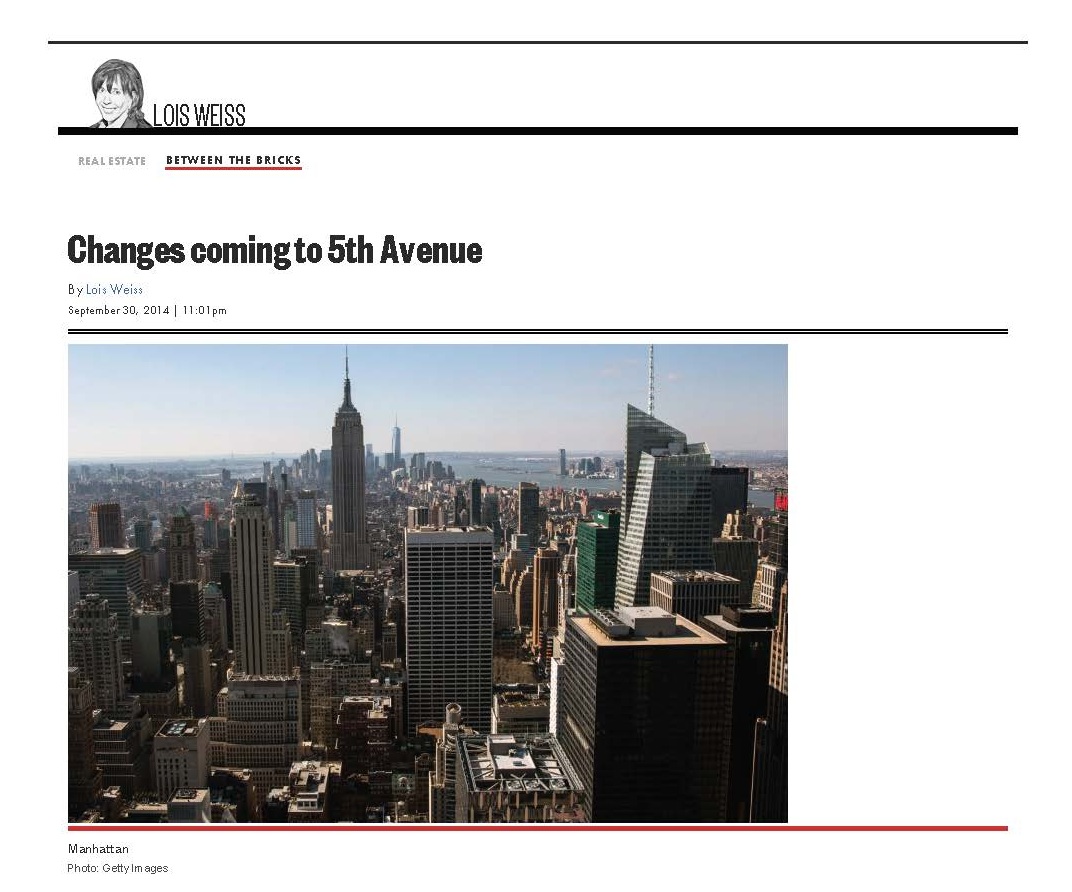 Ben Ashkenazy and Michael Alpertâs Ashkenazy Acquisition â together with the Germany-based Deka Immobilien Investment â have purchased two condominiums that make up the retail portion of 522 Fifth Ave. at West 44th Street for roughly $170 million, or just over $6,400 per square foot.

This one seems cheap compared to those previously made in the prime Fifth Avenue blocks between 49th and 57th streets because the rents south of 49th Street are lower but growing, and the buyers may need to spend up to $30 million to redo the storefronts and increase the square footage.

To attract new and higher- paying retailers for the buyer, the offering memorandum states seller Morgan Stanley hired Gensler architects and approved two possible design schemes that could cost between $22 million and $27 million, plus downtime.

Both would expand the current two storefronts to create 26,554 square feet on two levels with at least three stores. The facade would either get new glass or a more expansive upgrade.

Either design would create new storefronts on both sides of the grand and columned 19-foot-9-inch-high front-covered entry along with a 16,334-square-foot second floor with 17-foot-9-inch ceiling heights, now occupied by the investment firm.

The current Camper store pays $410 a foot for 2,060 square feet just south of the entrance under a lease that ends in January 2023, the memo states. Orvis has the 6,351-square-foot store on the north corner at West 44th Street until this month at a rent of $142 per square foot.

The future occupant of the Orvis store would eventually have a 23,952-square-foot duplex flagship while a new jewel-box store of 542 square feet would be added between the lobby and Camper.

Morgan Stanley confirmed Tuesdayâs sale, but no one from any of the companies responded to requests for further information or comment.

The deal is made possible because shopping-frenzied New Yorkers and tourists from all over the world have sent cash registers ka-ching-ing along with the value of the stores. Sources tell us ground-floor leases in the immediate area are being signed at rents north of $1,200 a square foot.

âThe current retail faÃ§ade is not typical and the changes will make a difference,â said Robert K. Futterman of RKF, a retail broker that was not involved in the deal. âItâs a great location.â

And commuters racing to catch a train at Grand Central should have no worries: The landmarked black freestanding clock on the sidewalk still belongs to Morgan Stanley and will remain in place.