By Ariel StulbergÂ –Â AS SEEN IN THE REAL DEAL 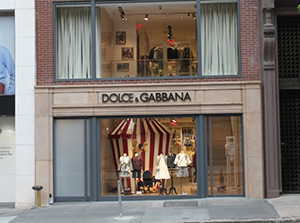 D&G has invested $12 million into the building, and pays about $1.5 million a year, a figure below the average for a comparable space in the neighborhood. Its lease expires in 2025, the New York Observer reported.

Duell sold another five-story Madison Avenue building earlier this week, the 5,500-square-foot 712 Madison Avenue, which it passed to the Jackson Group for $83 million.

Back in October, Status paid $48 million for a retail condominium at 1049-1059 Madison Avenue, leased to Joe Fresh. In August, itÂ sold 113 Spring Street in Soho, another retail and office building, for $70 million to Morgan Stanley Real Estate Investing.

Ralph Sitt is locked in a family feud with brothers Jack and Eddie over a series of Manhattan properties,Â including 414 West 14th Street, 450 Broadway and 1370 Broadway. Jack and Eddie have claimed in various lawsuits that Ralph secretly sold interests in buildings, improperly collected sales fees and engaged in other questionableÂ business practices. Ralph, in turn, has filed several lawsuits of his own alleging mismanagement from Jack and Eddie.Â [NYO] â Ariel Stulberg –