By Katherine ClarkeÂ âÂ AS SEEN IN THE REAL DEAL

A joint venture between Eli Tabakâs Bluestone Group and the Altmark Group has purchased a 235,584-square-foot industrial factory building in the Bronx for $44 million, sources told The Real Deal. 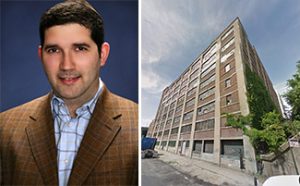 The property, at 825 East 141st Street, had been owned by the National Equipment Corporation out of the Bronx since the 1960s, records show.

The sale price amounts to approximately $186 per square foot for the seven-story building, which had been used to store packaging machinery.

Yosef Katz of GFI Realty Services, the broker on the transaction, declined to comment or confirm the deal.

The companies have been active buyers in the Bronx in recent months. TheyÂ recently closed on a deal to buy a Mott Haven warehouse spanning an entire block along Willow Avenue, between East 134th and 135th streets, for $14.1 million alongside Tabakâs brother Joseph Tabakâs Princeton Holdings.

Click here to see this article in its entirety